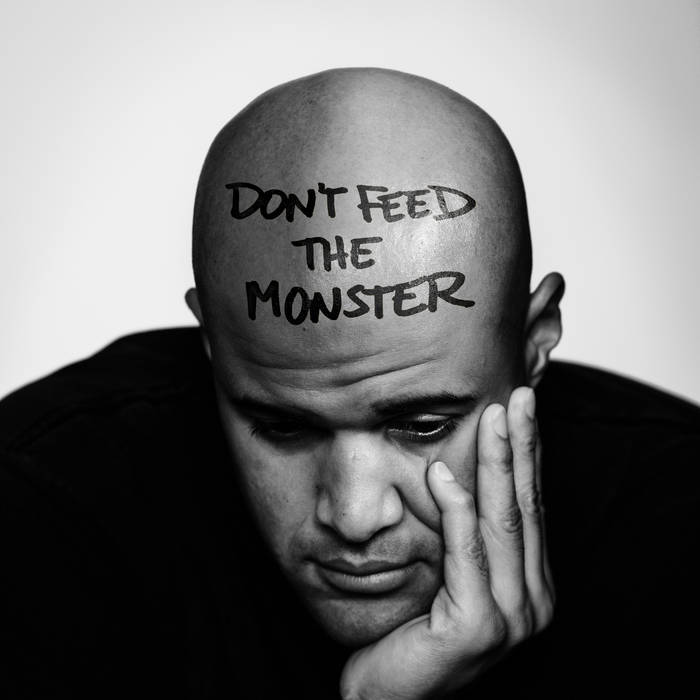 David Esoligh Patterson Hype introspective outrospective enlightened and depth perceptive bangaz. Worth the price of admission to see inside this mind and get connected. Favorite track: Waiting On My Girl.

Jelger Staal 'Trauma' inspires me to write better lyrics and overall to be a better - more honest - person. Thank you Sand and Chris, hope you will make more music together. Favorite track: Trauma.

I Am Tarka Dhal

Homeboy Sandman’s new album Don’t Feed The Monster, is a collaboration with producer/MC Quelle Chris. It’s also his most vulnerable & poignant work to date. Having grown up in Queens, New York, hip-hop was part of everything in life. This deep-rooted connection to the culture is evident when listening to his style of rhyming- bold, classic & deeply respectful. On Don’t Feed The Monster, he pulls back any pretense to show his most honest truth - a process that he needed both artistically and spiritually. “I was having a hard time and this record saved me thank Quelle and thank God and shout to Gabor Maté,” he said about the new album.

Album producer (and guest vocalist) Quelle Chris has been one of the most talked about and celebrated hip-hop artists on the planet these last few years. Both producing & rapping, Quelle has released critically acclaimed albums like Guns, Innocent Country 2, and Everything’s Fine with his collaborator & wife Jean Grae. “There's a certain mystic/magical power in words, sounds, rhythms, etc. It's rare to come across a brother/artist like Sandman,” he says when asked about his new album with Homeboy Sandman.

The new album Don’t Feed The Monster is a marvel of how an artist can dig deeper still, even years into his craft. The chemistry between the producer & MC has unlocked something within Sandman, surfacing memories, textures & details in a more vivid way than ever before. “(We) wanted to project growth and not regression. Being careful not to feed the monster,” Quelle says about the mission of the album. One would be right to assume that bringing two elite talents together would yield an incredible album. But, when imagining what this album brings in its entirety, Quelle says it best: “raw, pure, organic magic."

ALL SONGS PRODUCED BY QUELLE CHRIS

Homeboy Sandman’s favorite song is “Knocks Me off My Feet” by Stevie Wonder. His second favorite song is “I Know You, I Live You” by Chaka Khan. His favorite Michael Jackson song is “Lady in My Life”. He prefers Low End Theory to Midnight Marauders, but adores both. ... more

Bandcamp Daily  your guide to the world of Bandcamp

Featuring appearances from Kari Faux, Bluestaeb and and interview with NY-bred artist Wiki